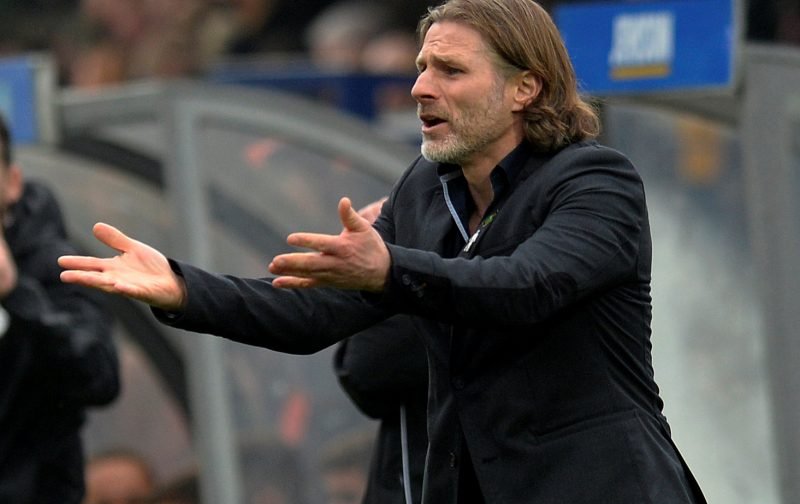 John Coleman’s Reds demonstrated exactly why they will finish the season as League Two Champions, showing no mercy whatsoever to Gareth Ainsworth’s under par Blues.

Ainsworth made three changes to the side that started Tuesday’s goalless draw at Lincoln.

Despite pre-match interviews suggesting Adebayo Akinfenwa, Luke O’Nien and Dominic Gape were all fit to play, the only one to make it was Gape.

He returned to the side in place of Sam Saunders, while Scott Kashket and Paris Cowan-Hall replaced Akinfenwa and Craig Mackail-Smith.

The question on everyone’s mind before kick-off was how Wanderers would cope without their talismanic target man, and despite some early promise, the answer was not very well.

There was an electric atmosphere in the ground as the biggest crowd of the season enjoyed a fine start from Wanderers.

Nathan Tyson latched on to the end of a long ball and hooked it wide after only two minutes, and Kashket forced a near post save out of Stanley keeper Aaron Chapman just moments later.

With less than ten minutes on the clock, a neat move down the left saw Tyson cross for Cowan-Hall, whose diving header was tipped onto the post and out of play by Chapman.

From the resulting corner Stanley had to battle to clear the danger and there were half-hearted claims for a handball during the melee.

It was looking good for the hosts, but a turning point was on the horizon. The first goal was always going to be crucial in this game and Wanderers were about to gift it to the visitors.

As Nathan McGinley and Kayden Jackson chased a long ball into the Wycombe box, keeper Scott Brown came out to meet them and fluffed his attempt to clutch the ball, leaving Jackson with an open goal to stroll into.

it was a killer blow from which the Chairboys would never recover.

The effort expended on Tuesday had clearly taken Its toll on several senior players, and with Gape so under the weather that he was subbed after just 39 minutes, it was apparent the home side were in trouble.

The promising forays of the opening minutes were gone, and in the absence of Akinfenwa, there was a lack of conviction to Wycombe’s attacking play which invariably petered out in the final third.

Before the break there was still time for the visitors to hit the bar when Brown misjudged a cross, while at the other end Matt Bloomfield had a chance to break clear but went to ground rather than shoot, his appeal for a free-kick ignored by the referee who considered it a blatant dive.

Williams was the man who replaced Gape, and at half-time, Ainsworth made another change, bringing Mackail-Smith on for Kashket whose contribution had been too lightweight to trouble the Stanley defence.

Not that Stanley are bruisers, on the contrary, they’re a small side who disprove the theory that only muscle bound giants can succeed in League Two. Coleman’s side will win the title having played attractive passing football on the deck.

Sadly, this afternoon, they cut through the Wycombe defence with remarkable ease, the third goal arriving after 66 minutes when a posse of blue shirts failed to prevent Sean McConville from stroking the ball into the bottom corner of Brown’s net.

There wasn’t much for the Wycombe fans to cheer. The unlikely sight of Adam El-Abd muscling his way down the left wing and through a couple of challenges was about as good as it got.

Nick Freeman had replaced Cowan-Hall in Ainsworth’s final substitution, and as we approached stoppage time he managed a low shot on target that was comfortably gathered by Chapman who had commanded his area in impressive fashion all afternoon.

The atmosphere perked up again as news of Crawley’s equaliser at Exeter filtered through, but there was still time for Stanley to make it four.

Chasing substitute Offrande Zanzala into the area, McGinley held him back, the ref pointed to the spot and Zanzala sent Brown the wrong way to make it a thrashing.

The referee mercifully blew for time, and the Stanley fans celebrated another victory in their remarkable run of form.

For Wycombe, there was consolation in Crawley’s equaliser keeping Exeter at bay to leave the Chairboys in 3rd with automatic promotion still in their own hands.

But with Notts County also closing the gap, it’s likely that Wanderers will have to win their last two games to avoid the lottery of the play-offs and that will require a significant improvement on today’s performance.