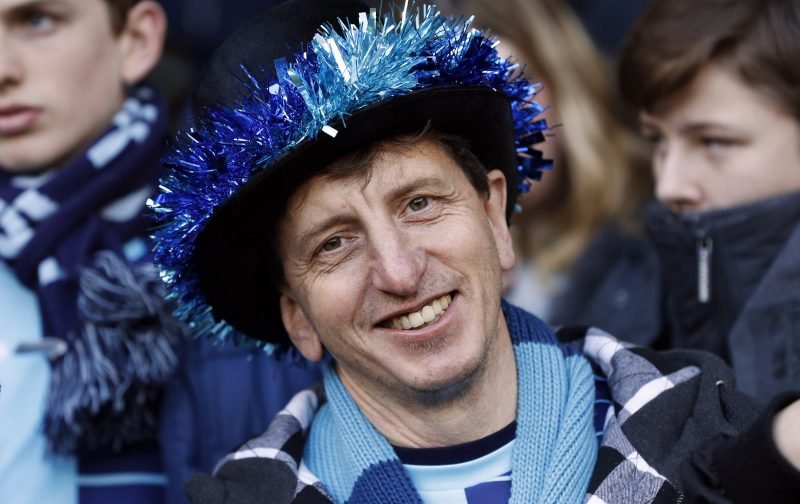 Following yesterday’s 2-1 win over Grimsby Town, here are some views on the game from the Mariners’ manager Michael Jolley and a selection of their fans.

“It was a bitter pill to swallow for us to take nothing from the game,” said Jolley, speaking to the Grimsby Telegraph.

“We scored the first goal, which is something we focused on trying to do, and we had other chances in the first half to even go to 2-0.”

“You could see that we put a lot into it in terms of our endeavour and our industry.”

“I’m disappointed with the second half because we know what Wycombe like to do, they like to build pressure and momentum.”

“We gave away some really cheap set-plays, a couple of people switched off in key situations and it has ultimately cost us,” he said.

The Grimsby fans were as downhearted as you would expect after 20 games without a win.

The following extracts are taken from the New Fishy and the Grimsby Telegraph.

Clueless44 wrote:
“Jolley said that he wanted the first goal and he got it today, yet we rolled over with another inept second half display. Yes, we have poor players, but the basics of defending set pieces aren’t difficult, yet we persist with zonal marking which doesn’t work. Man mark, you make everyone accountable and there are no hiding places.”

GNFC wrote:
“You can’t blame Jolley. As I said when he was appointed, “you can’t make a silk purse out of a sow’s ear.” This is the worst Town team I’ve ever seen, and my first match was in 1962.”

jonnyboy82 wrote:
“What’s the point of turning up from now on? Just forfeit the match, same result either way. Embarrassing.”

Aussie Mariner wrote:
“Stop whinging. This was always going to be a tough game and Wycombe know they’ve been in a harder contest than they expected. The team is improving week by week under Jolley and if we play like we did today we will beat Chesterfield and Barnet.”

Hagrid wrote:
“Play like we did today? We had one meaningful shot on target and haven’t won for 20 games, how the hell can you see us winning two games? Our defending is disgraceful, our midfield makes me want to throw myself off the Findus, and the forwards would miss the water if they fell out of a boat.”

Madeleymariner wrote:
“Harder contest? Wycombe didn’t need to work. just hoof it up and wait for our defence to crumble. Could have finished 5 or 6 but for some Macca saves.”

Chrisblor wrote:
“Wycombe are a horrible team. Endlessly lumping it up into the box and then moaning at the referee if he doesn’t give them a free kick or corner.”

Tom13 wrote:
“We’re just not ‘clever’ enough. Regardless of our lack of quality in the final third, we’ve only got Ben Davies who knows how to buy a foul or two, to either relieve the pressure when defending or win us a chance to stick the ball in the box.”

A.l.f. wrote:
“Today there was effort but not enough quality again, and although Wycombe created more chances, had we taken our two clear chances we could have got something from the game. We don’t defend well enough, keep giving away silly fouls around our box and don’t take our chances.”

Ron Mariner wrote:
“We have a lousy bunch of inadequate players. Up front we are incompetent. Our midfield is full of idiots. Our defence is a shambles. This squad is full of failures who can’t do simple things right. They are totally useless. I will be amazed if we stay up.”

forza ivano wrote:
“Wycombe are a decent side, massive attacking threat with the unplayable Akinfenwa, pace and trickery down the side, competent midfield and two tough centre halves who knew every trick in the book. I’d hate to see the possession stats as they looked threatening every time they went forward and on another day they could’ve had 5 or 6. We did well to hold the lead for as long as we did and at least we didn’t cave after conceded 2 quick goals.”

HertsGTFC wrote:
“A better performance and a well taken goal from open play! Let’s not forget Wycombe are 3rd for a reason, and that’s because they’re well organised and play to their strengths. That said, we deserved a point today despite the ref doing his best to deny us.”

TheGoalKipper wrote:
“We are not down yet. We are home to Chesterfield who are 4 points behind us and a win will probably be enough. They are below us because they are worse than us however bad we are. If it’s a draw we still have a home tie against Barnet who are even worse. First goal today for ages. First win next week for ages.”

buckstown wrote:
“Wycombe get it to Akinfenwa who either wins the header and they win the second ball, or he chests it down and lays it off. The balls in to him were delivered with laser guided accuracy and he does exactly what it says on the tin, highly effectively. Credit to Gareth Ainsworth who has performed miracles at Wycombe on a pitiful budget. He also applauded the town fans at the end which was a nice touch.”

LondonMariner43 wrote:
“The way I see it, we played a top side and didn’t get hammered. To stay up, we need to win against Chesterfield, Barnet and Forest Green. If Jolley can keep giving the team belief, it’s still possible to stay up.”

Yoda wrote:
“We haven’t won one in twenty, have the worst goal difference in the league, cannot defend, cannot score and you expect us to win 3 out of 5. Really!!!”