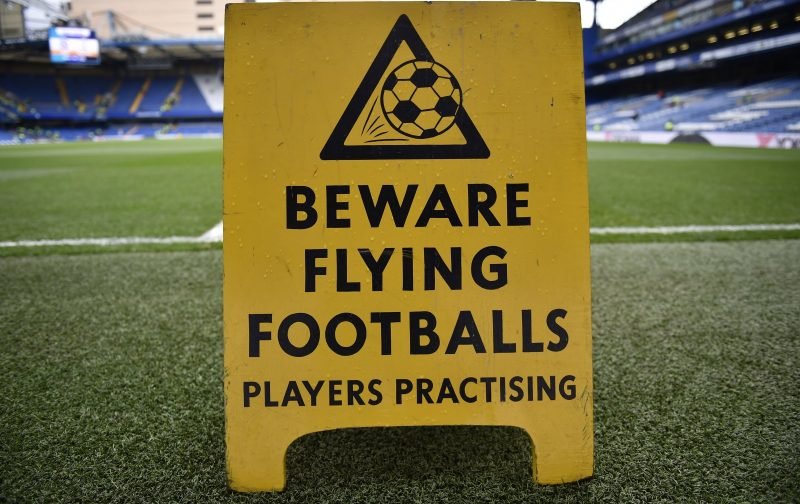 Following last night’s goalless draw at Lincoln, here are some views on the game from the Imps’ manager Danny Cowley and a selection of their fans.

“It was frustrating that we couldn’t find a way to get over the line,” said Cowley, speaking to Lincolnshire Live.

“I’m not criticising that at all, because Gareth’s done an unbelievable job and I think he had some injuries and lost Akinfenwa, who’s a talisman for them.”

“But it was obviously frustrating. The supporters and the players felt the frustration, and I thought it could have been managed a little bit better by the referee.”

“He is actually a very good referee but I think he got some key decisions wrong tonight.”

“I don’t think they were all his fault. For Frecklington’s goal early on, that was a decision by the assistant referee, but it was a goal. I’ve watched it back and it’s clear as day. Rhead is done for offside but he’s in line.”

“For Rhead’s goal he’s given a push, and I can understand why he’s done that, but the disappointing one is Harry’s penalty because Harry’s got the right side of Jacobson who crashes into the back of him.”

“We got the wrong side of the decisions tonight, that’s for sure.”

“We should take it as a compliment that Wycombe are third in the division and came here and tried to shut the game down. We should take a lot of confidence from that.”

“I have a lot of respect for Wycombe, a lot of admiration. They’ve had a brilliant season and Gareth Ainsworth is a great man, he’s been a top player and he’s an even better person.”

“He’s done an unbelievable job there and they’re really close to getting automatic promotion which would be an outstanding achievement.”

“I spoke to Gareth after, only briefly, but he kind of apologised for having to set up the way he did, obviously he picked up a couple of injuries and lost Akinfenwa during the game.”

“You have to beat it, but It was hard, I don’t think the ball would have been on the pitch for more than 45 minutes of the ninety.”

“It was really hard to play against. We just couldn’t get any momentum or rhythm. But it’s a strategy, isn’t it? I’ve used it and done it, sometimes you have to shut games down over a 46 game season

“If our team’s not good enough to beat that tactic, then I’m not going to sit here and criticise it,” he said.

The following extracts are taken from Vital Lincoln.

Perthimp wrote:
“Would have taken a point before the game, but a bit disappointed we didn’t get one to upset their spoiling tactics. We need to be a bit more clinical in front of goal.”

graemetheexile wrote:
“Time-wasting from the first minute. Cynical and dark-hearted.”

JT_LCFC wrote:
“A decent point, Wycombe came for one and got one. However, we did run out of legs in the second half. The ref never got a grip of the time-wasting from the word go, the feigning of injuries etc. Surprised Wycombe came to spoil because they have some decent players when they play.”

nlondonimp wrote:
“In the second half we stopped working our way through them, or Ainsworth changed it. And for all our huff-puff, Allsop made three good saves and their keeper didn’t need to make one. I thought El-Abd had another effective game for them. Cynical but effective, which sums up Wycombe’s performance tonight.”

syimp wrote:
“Gareth Ainsworth; turning cynicism into a fine art. John Beck would have been proud of him tonight.”

hulloutpost wrote:
“I would welcome Gareth back once the Cowleys have moved on to West Ham. But let’s hope it`s a very long time before Gareth rides through the gates at SB.”

bbh 11 wrote:
“I have no problem with teams putting 11 behind the ball, playing the long ball, short ball, or playing like Barcelona or Barnet. But when the intention from the off is to have the ball in play as little as possible, I find it an insult to the people that have paid their hard earned cash to watch the game.”

Red Wimp wrote:
“I thought we were the most unpopular team in the division but I’ve changed my mind after tonight. Wonder if Danny has learned a few new tricks.”

MainRoad96 wrote:
“Seems funny to be complaining about something we do every other week away from home.”

StrangelyBrown wrote:
“Really enjoyed the game tonight (sounds like I was in the minority) – first half in particular was end to end. Can’t believe the game ended 0-0. Ref wasn’t great at addressing some of the gamesmanship but let’s not kid ourselves that we don’t play that game too.”

sedgleyimp wrote:
“Ainsworth came for a point and got it. 3rd place in the league with automatic promotion in their own hands. If we had done this and lets face it we have in the very recent past, we’d be hailing a tactical masterstroke.”

JT_LCFC wrote:
“You won’t find a better atmosphere in the lower leagues than here. Even the Wycombe media team couldn’t believe how loud and hostile it was. Fair play to the Wycombe fans that travelled, but they must have been disappointed with their following given their position.”