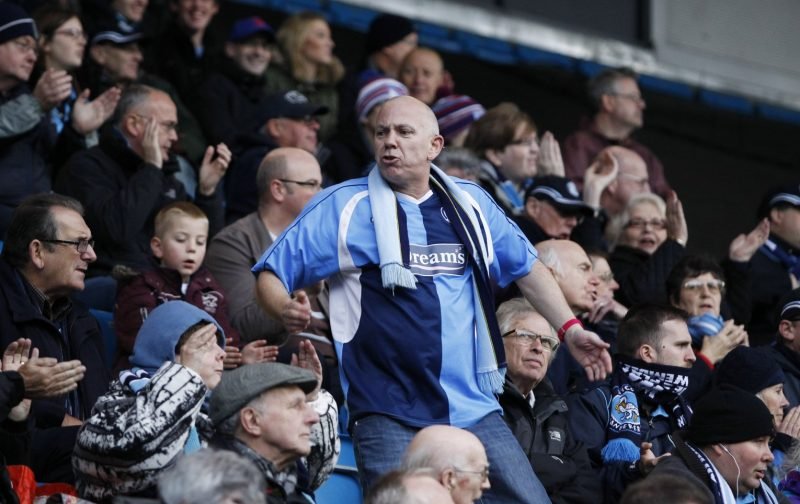 Following yesterday’s 1-0 win at Yeovil, here are some views on the game from the Glovers’ manager Darren Way and a selection of their fans.

“Football can be a cruel game,” said Way, speaking to Somerset Live.

“When you look at the overall performance, I think they had one shot on target and it went in.”

“I felt there were moments where it was very entertaining,” he claimed.

“Wycombe had to win the game so I knew it was going to be quite open, but they did a professional job.”

“I think it’s taken five years for Gareth (Ainsworth) to get to that level.”

“He’s managed to get a group of players that put their bodies on the line.”

“They blocked, they tackled, and that’s what I said to my players: it really is about blocking and tackling, and the one time we didn’t do that on the edge of the box, we were punished.’

“I have to make sure that the players grow belief from that performance even though we lost.”

“The supporters stuck with us. They could certainly see aspects of the future of the football club which is important, but again we didn’t get what we deserved,” said the Glovers’ boss.”

The Yeovil fans thought they were robbed.

JasVincent wrote:
“Yeovil played well but just couldn’t get the ball in the net. Smash and grab win from a poor Wycombe team.”

@josh_wilde20 wrote:
“A harsh result for the Glovers but unfortunately that’s the difference between a lower table side and a promotion-chasing one. Wycombe found a way to win and it’s a tough lesson for DW’s men.”

@trevorduck2 wrote:
“Didn’t deserve to lose today, think a draw would have been a fair result. Thought the Wycombe fans were the best to come to Huish Park this season.”

@SondreFloisand wrote:
“Too bad about the result. We were by far the better team (even Wycombe’s manager agreed!) and we didn’t deserve a defeat.”

@YTFC wrote:
“The Glovers hit the woodwork twice and have one ruled out for offside, but Randell Williams wins it for the promotion-chasing Chairboys.”

@CleaveO wrote:
“That’s what the teams at the top do. They find a way.”

@YeovilMad17 wrote:
“Shame about the result, thought we deserved a point.”

@Jason_Gorgon_09 wrote:
“Much improved performance. Omar marked Akinfenwa out of the game.”

@chris_turner_uk wrote:
“An encouraging performance from a makeweight Yeovil team. The result flattered our opponents.”

@chrispayne83 wrote:
“I don’t think we had a shot on target.”

Martin Baker wrote:
“Our challenge on Tuesday is to stop Accrington from winning at the Crown Ground. If Stanley win that match they’re guaranteed promotion.”

Richie Briant wrote:
“I kinda hope they win. Much rather them win the league than Luton!!”