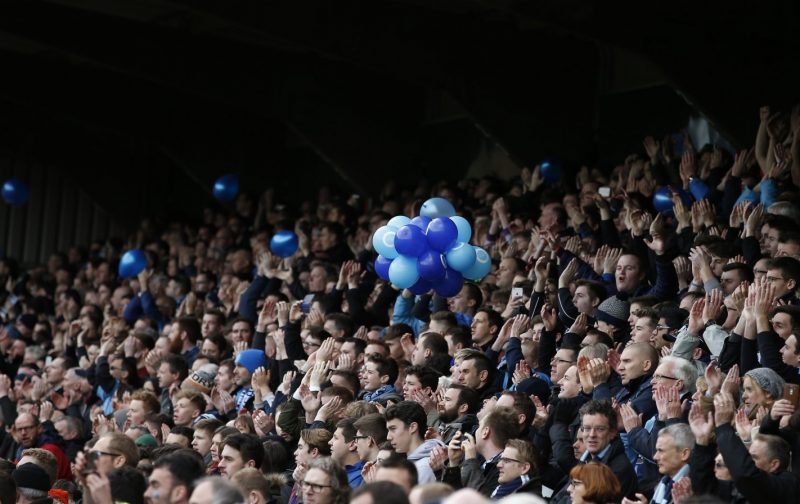 Following yesterday’s promotion-clinching 2-1 victory at Chesterfield, here are some views on the game from the Spireites’ caretaker manager Ian Evatt and a selection of their fans.

“We’ve had the better chances, but when you’re down the bottom you don’t quite get the rub of the green,” said Evatt, speaking to the Sheffield Star.

“A throw-in was clearly our ball and they go and score a minute before half-time. It changed the way the game was going.”

Bemoaning the officials’ decision, Evatt said: “They just got it wrong. That’s what you’re dealing with. If that’s our ball we put it in the corner and we go in 1-0 up.”

“There wasn’t a great deal in the game,” he claimed.

“In the second half we switched off from a set-piece, second phase, and we said all week that they score a lot from second phase at set-pieces.”

“We didn’t deserve to lose the game, but seeing them celebrate on our pitch has got to hurt,” he said.

The Chesterfield fans had a mixed bag of strong views.

The following extracts are taken from Bob’s Board and Twitter.

Spire-Heights wrote:
“Well, that’s it, we have officially finished ‘Bottom’ of the league.”

Spireite-Karl wrote:
“All those bets for us to make the playoffs came close then.”

Essex_Spireite wrote:
“The most embarrassing season in the club’s history rolls on. Great work everyone.”

@piehard wrote:
“Miserable shower of under achievers in every position. Disgrace to the shirt, the club, the town, and the history. I am fuming. A Master class in mismanagement for two years.”

@StuartBasson wrote:
“Michael Harriman’s instinctive, close-range strike helped “Own Goal” to a fourth of the season and into a share of third place in this season’s Chesterfield top-scorers chart.

@wnigel9 wrote:
“Could see the pressure was off the players today. Better performance but wrong result. Must rebuild for next season now, whatever that’s going to bring.”

Benno Spire wrote:
“Same old. Score first, miss chances, then lose. Typical Ainsworth team with many of their players giving Tom Daley a run for his money. Finding it hard to understand how we will be two divisions apart from a poor Wycombe team.”

azul wrote:
“Thought Wycombe were playing Aussie rules, the referee certainly thought he was officiating one. When you compare our promotion winning team with Wycombe it’s staggering, and the fact we can’t compete seriously hurts.”

dtp wrote:
“The ref today was clever enough to ignore some of the more blatant dives by Wycombe players but showed absolutely no authority by not booking them for doing it, thus encouraging them to continue play acting.”

whittman wrote:
“The ludicrous decision by the lino on the West side to give them the throw which led to their equaliser completely changed the course of the match. Until then we had more than competed with the GB Olympic diving team.”

gordon_brittas wrote:
“It’s a Bunkum division when teams like Wycombe go up. They’re not fit to clean the poo off the shoes of the Sheridan and Cook Championship winning sides. They’re a shoe in for bottom 4 next season in Lg1. Teams built with muscle bully boy tactics will not survive, you need at least some skill in that division. Once we return to the FL we will play them again as they will be back in Lg2 for another long stint. ”

DerbySpireite54 wrote:
“I didn’t think they were founded upon muscle-boy bullying. They played some decent football through the middle of the park.”

dim view wrote:
“Correct. They were very slick attacking wise. Our lot did well to compete.”

Johnnyspireite7 wrote:
“Gape and O’Nien at a guess.”

@tomspireite95 wrote:
“Congratulations to Wycombe on promotion, they’ve got a great manager in Ainsworth, good luck next season. Not that long ago this was us at Burton. Look at us now.”

@lj_1411 wrote:
“Attempting to turn the kids into Chesterfield fans by taking them to the last two home games. They loved seeing the Wycombe fans celebrate at the end though!”

@TinsleyP wrote:
“Can I just say the Wycombe fans were top drawer. Always got behind their team and never bothered with negative songs about us going down.”